Interested in becoming a volunteer? Share your skills and talents to help improve, maintain and preserve the gem of our community. 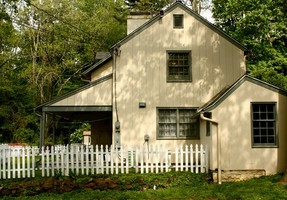 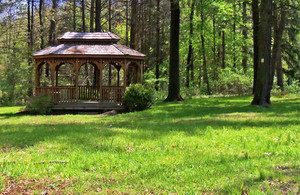 Tamanend Park was originally part of the Lenni-Lenape domain.  From William Penn's grant of 500 acres to John Martin, the tract passed through many hands.  Southampton resident George Long purchased the property in 1914 (approximately 107 acres) and in 1938, George Long and his wife, Sarah, deeded the farm, dwellings and outbuildings to their son, William, who established the Southampton Nurseries.

William Long, a self-taught botanist, used his nursery to introduce new species of trees and shrubs into the Philadelphia area in the 1950's.  Today, large, 60 year old specimens of exotic trees, left over from the nursery, give Tamanend Park its special character.  There is a Sequoia Giganteum, found near the tennis courts and three Dawn Redwoods grow behind the gazebo.

Tamanend Park contains a circa 1740 farmhouse, carriage house and barn.